Richard S. Granat is the CEO and Founder of  DirectLaw, Inc., and SmartLegalForms, Inc.

Richard was President and Dean of the Philadelphia Institute for Paralegal Training, the first paralegal education institution in the United States.  He was a member of the management team that created the U.S. Legal Services Program when it was housed at the U.S. Office of Economic Opportunity (“the original poverty program”), and has had a long career in developing solutions that provide access to the legal system for everyone.

Between 2013-2015, Richard as the co-founder of the Center for Law Practice Technology of Florida Coastal School of Law, where he developed a nationwide online certificate program in virtual lawyering.

Richard is also a member of the Maryland and District of Columbia Bar and created on of the first virtual law firms in the United States at MDFAMILYLAWYER.COM

Gregor is a graduate of the University of Scranton and has completed his J.D. at the University of Maryland School of Law. He is the architect of the DirectLaw virtual law firm platform. Gregor is Chief Technology Officer for LawMediaLabs, Inc. Gregor was previously an Intranet Administrator with Planning Systems, Inc. and Technical Assistant at the Office of Naval Research.

Pam manages all online advertising campaigns for our retail operations; coordinates the marketing and lead management of our DirectLaw Virtual Law Firm Platform, and SmartLegalForms Services.  Pam has over 17 years of combined experience in human resources management, sales/marketing, and managing client service operations.

Lynette Mahanney has over 10 years experience with SmartLegalForms in managing customer support systems for the company’s large network of legal form web sites. Lynette is a graduate of the University of Maryland, has extensive paralegal experience and was previously employed with Kubovcik & Kubovcik, a Washington DC law firm specializing in patent and trademark law. 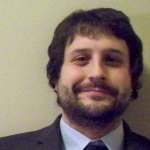 Aaron earned his Master of Public Affairs degree in 2009 from the University of Wisconsin’s La Follette School and his law degree in 2011 from Chicago-Kent College of Law. He is a former Peace Corps Volunteer and has worked with a number of prestigious not-for-profit organizations, including United Way, the Sargent Shriver National Center on Poverty Law, and Equip for Equality. In addition, he is a legal document Automation specialist and he has taught legal document automation at Florida Coastal School of Law as an adjunct professor. His primary interest is in improving access to justice with technology.